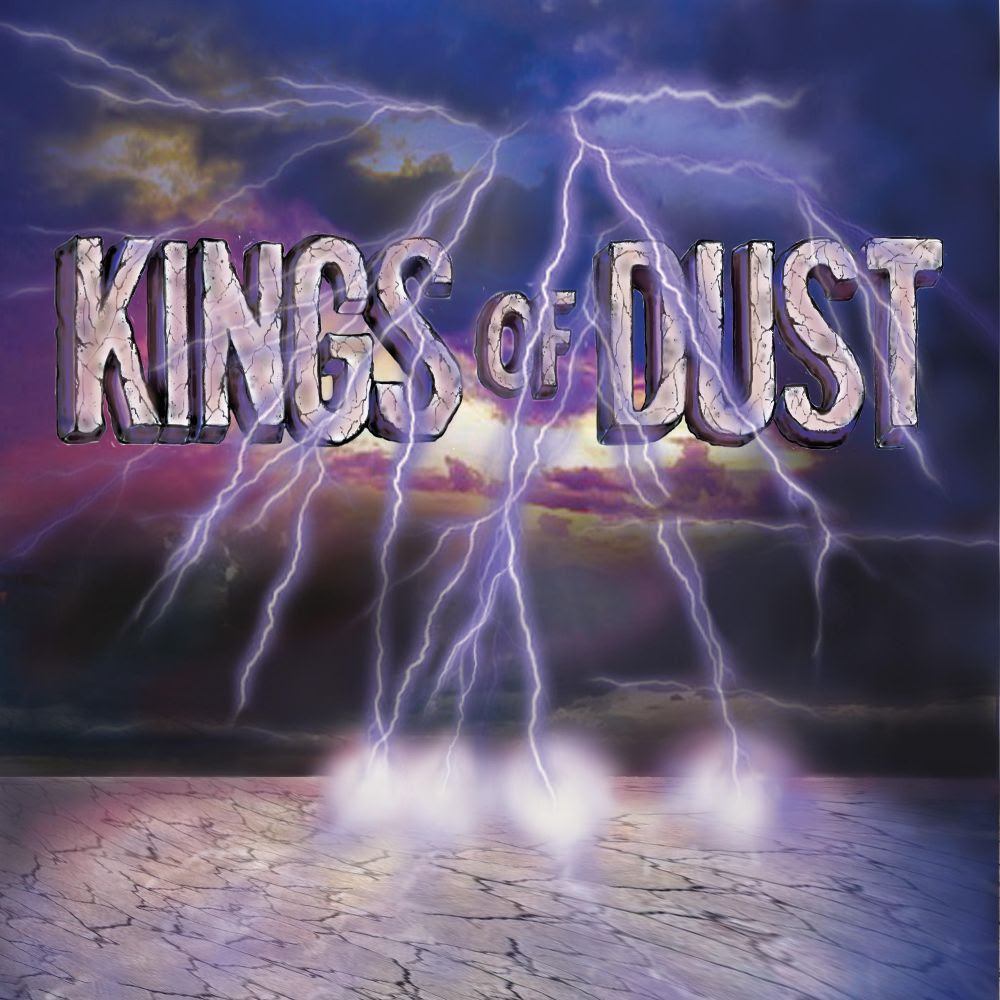 With “retro rock” being a hot commodity at the moment, it seems that young bands are oozing out of the woodwork to jump on the trend.  Phoenix, AZ musical veterans however, aren’t another young bandwagon jumping band of the moment.  It’s a lifelong passion with this quartet that was formed a few years ago, just to “jam around for fun,” but ultimately, turned into a serious project about a year ago.  ““There are some really great bands out there right now with that 70s style sound. But KINGS OF DUST is first generation stuff. We were all there when it was a “sound” the first time around, so I think it’s very authentic, seeing as this is what we grew up listening to,” says bassist and co-founder, Greg Chaisson. The band boasts a pedigree of musicians from two Jake. E. Lee bands (Badlands and Red Dragon Cartel) as well as 2000’s glam rock heroes Crash Street Kids and late 80s / early 90s heavy hitters Surgical Steel (mentored by the one and only Rob Halford).

But the band aren’t about resting on their laurels, they’re here to give the public a relevant album for 2020.  “The album isn’t your run of the mill collection of three chord based love songs and “standing up to ‘the man’” type anthems,” says frontman Michael Thomas Beck, “The song subjects vary from parents teaching their kids the rules of life to not letting your emotions get the best of you. Positive messages brought to life by a veteran group of musicians who don’t abide by the three chord rock theory.”

Recorded throughout the spring and summer of 2019 and mixed throughout the fall at SoundVision Recording in Mesa in Mesa, AZ, the self titled release was produced by Greg Chaisson, mixed by Michael Thomas Beck and mastered by Brad Vance (Rainbow, Graham Bonnet, Ritchie Blackmore, Warrant, etc) at Red Mastering in Newbury Park, CA. Kicking off with the album’s lead single, “Like an Ocean” – a song that speaks of your own relevance and control of emotion, “What’s the Other” is a tale of self motivation (‘or lack thereof!” laughs Beck), “Ugly,” in contrast, refers to times when the need of the dark side can be an asset to one’s well being. 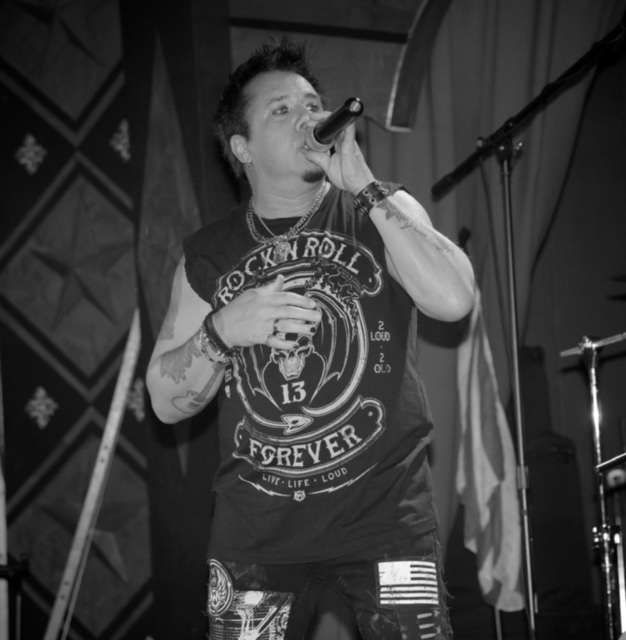 Jaded Past is the creation of lead vocalist, guitarist and songwriter George Becker,
who has been a Long time veteran of the East Coast Music Scene and has shared the stage with numerous national acts.

George Becker teamed up in the studio with producer Steve Brown of Trixter for 2 records to date…
The debut Jaded Past CD was released back in 2012 independently, and the 2016 sophomore Jaded Past release entitled “Believe” released on Melodic Rock Records.

Back in the studio again and just released 4 New Digital singles “Mission”, “Much Too Young”, Mother May I” and “Move Along” and a new full length CD scheduled for Summer of 2020 Release! Jaded Past is also slated for a number of live performances through out the U.S.and Europe in 2020 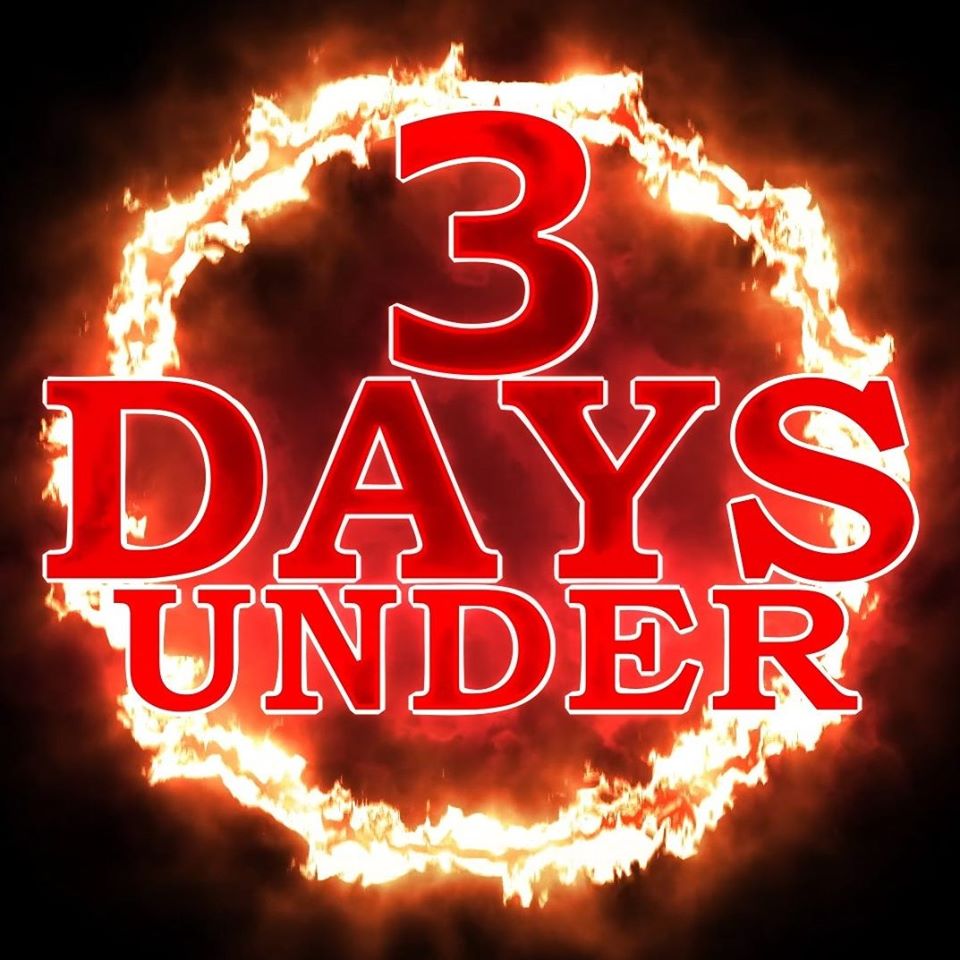 3 Days Under represents the 3 days Jesus was dead. Though each of us in the band have a different background, story, and history our end goal is the same. We intend to use our hard hitting sound to deliver those in the same bondage we once found ourselves. We have taken the 90’s sound and infused the love of Christ so He can be the focal point and not us. Take the time and check the page. If you like what you see, send us a message and we will schedule our performance with your event!!! God bless!!! 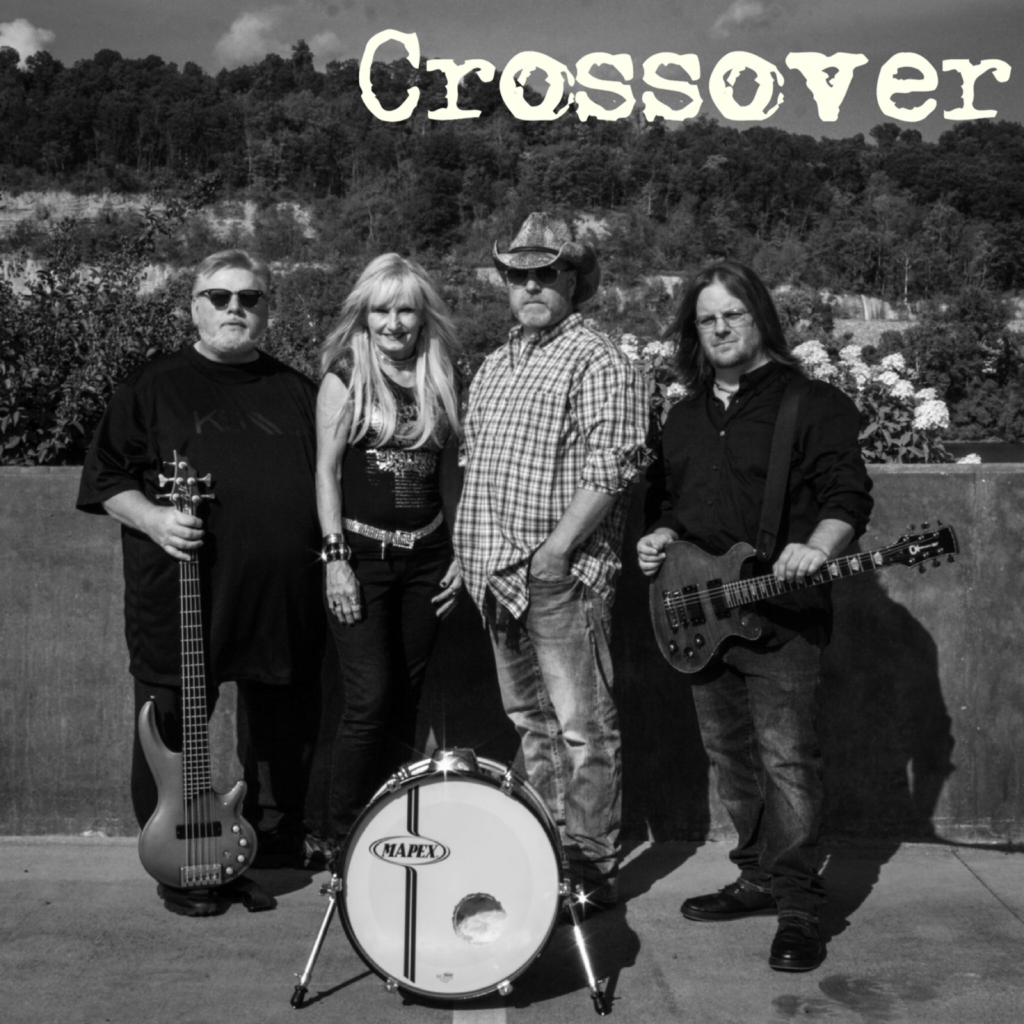 Each member is talented and brings a unique sound to the band. Kieth (bass) has worked hard to bring lyrics that challenge the listener to think by pulling most of his words from scriptures. Kathy (vocals) sings with an amazing vocal range that can absolutely blend with the rest of the band in a unique way. David, a versatile guitar player balances by playing tight rhythms and sailing in the upper range during solo sections, Finally, ‘Rod’ lays down smooth grooves to keep the group grounded. Each member has been performing since childhood and brings their own sound giving Crossover a versatile and unique sound. 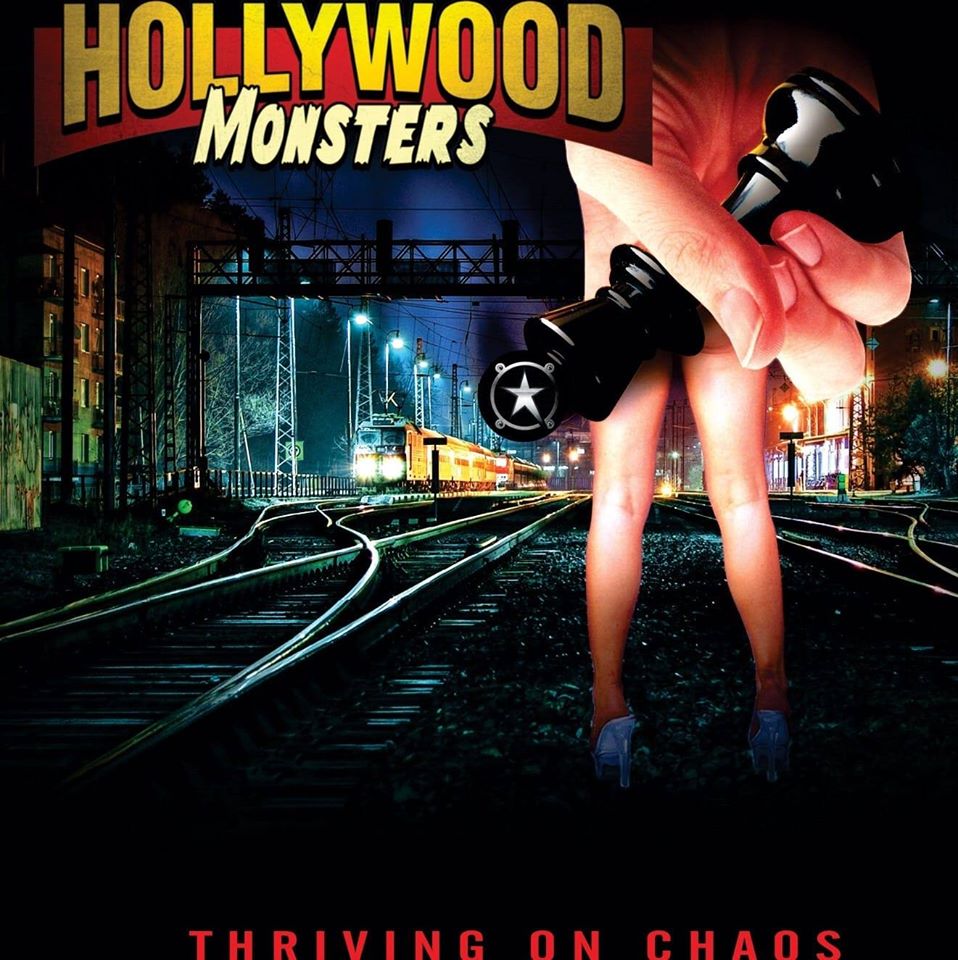 Hollywood Monsters are a prodigious music collective that currently includes; Steph Honde, Vinny Appice, and Ronnie Robson as the core, who bring with them an amazing collaborative of Internationally known musicians, all that come with huge resumes, performing on the various albums and in the live spectrum.

The band was founded in 2014 by Steph Honde while living and recording in Los Angeles, California.

The Monsters are currently working on the third Album entitled: “Thriving On Chaos”, once again having invited various Internationally recognized musicians to perform on its eleven song platform – with two bonus albums included in the collection.

Not only do the Hollywood Monsters have an amazing original soundtrack – they also celebrate some of the greatest rock songs of all time, fulfilled masterfully with a live energy that is second to none – turning the music dial to reflect the subconscious of our own life’s soundtrack.

Currently planning a tour for 2020 and beyond, the Hollywood Monsters exciting live performances transcend both era and genre; captivating their audiences with a masterfully curated set list and tour of selected talent from both the classic rock, heavy rock and metal genres.

The certain mind set when they step on stage – as if it was “the last show they will ever perform”, with raw and emotional energy. 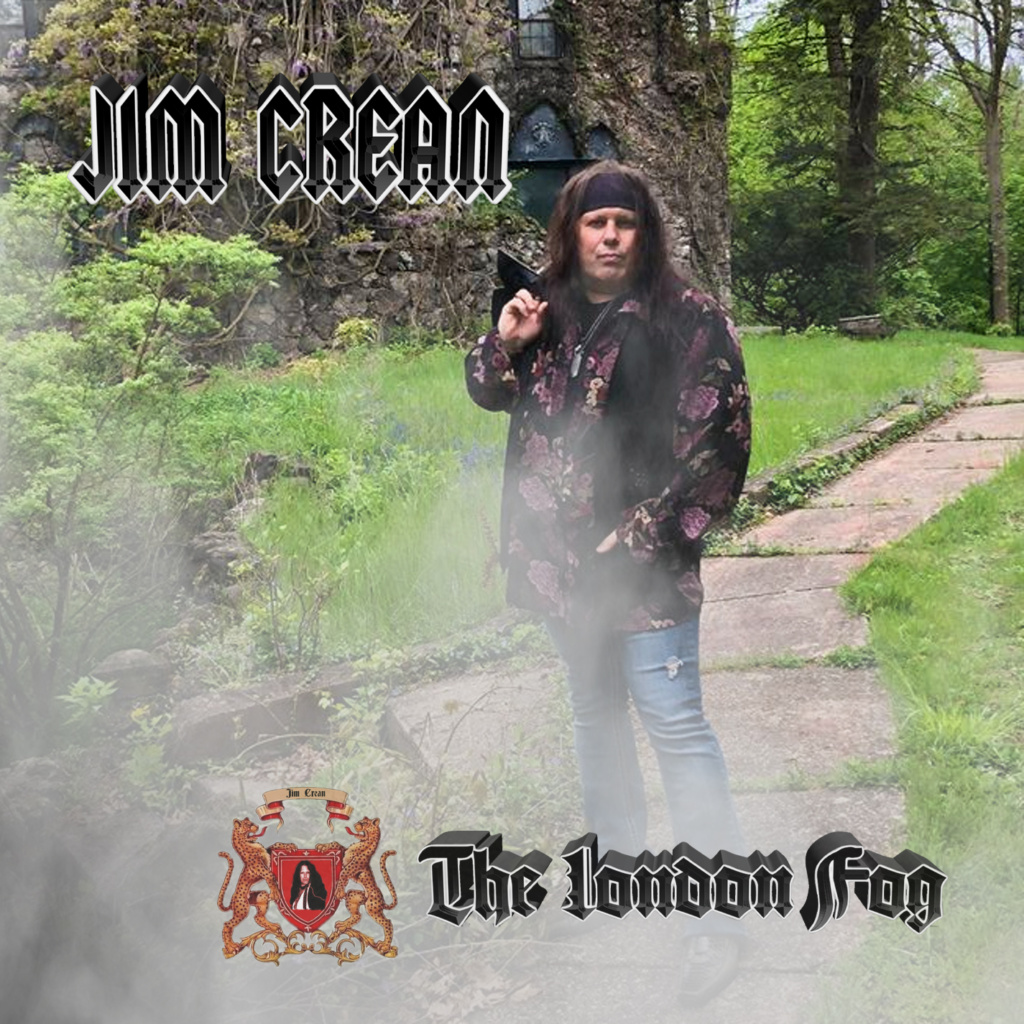 Award Winning Vocalist/Songwriter Jim Crean is a recording/touring musician for well over 39 years.He has fronted many Regional and National Recording artist’s .He has won numerous awards 2013,2014 & 2015 Best Original Male Vocalist.In 2016 he was inducted in the Night-Life Hall Of Fame Lifetime Achievement award’s.Jim Crean was inducted in the Buffalo Music Hall Of Fame in 2019! 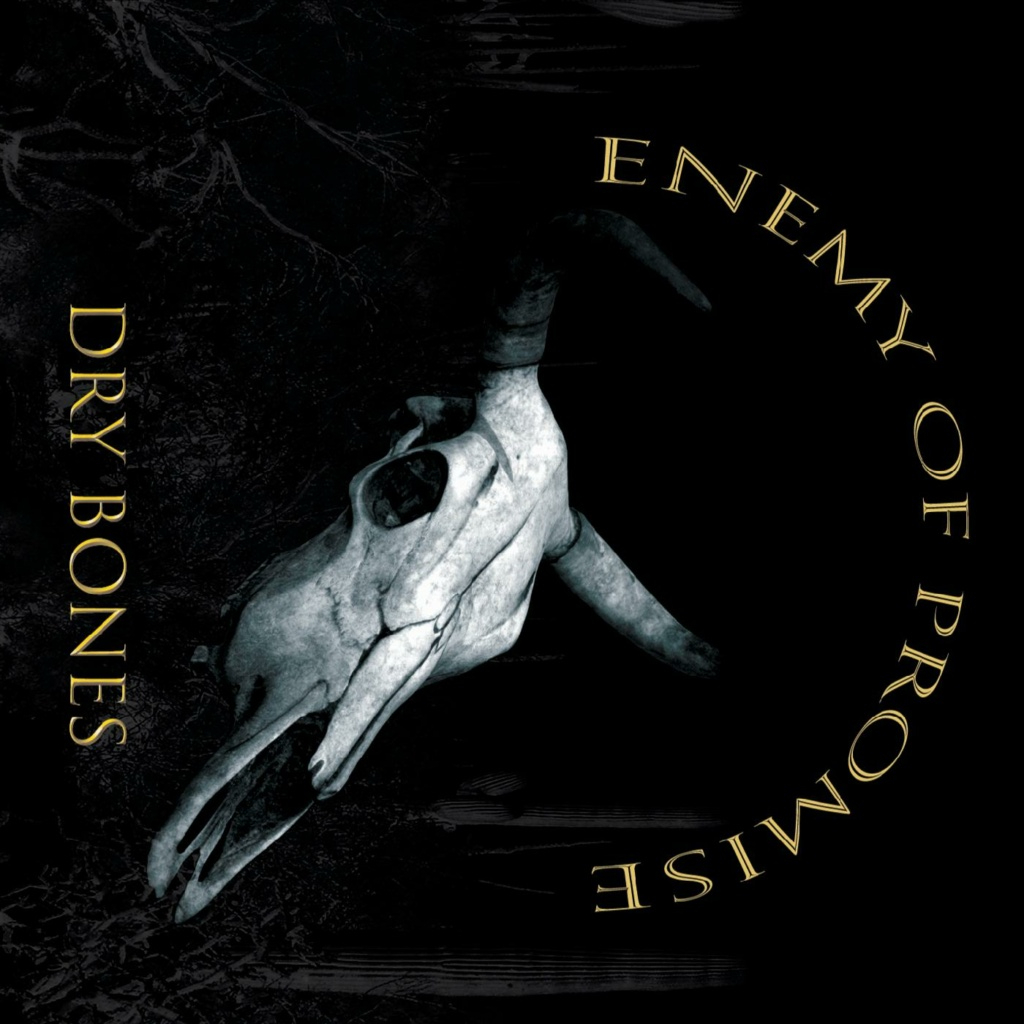 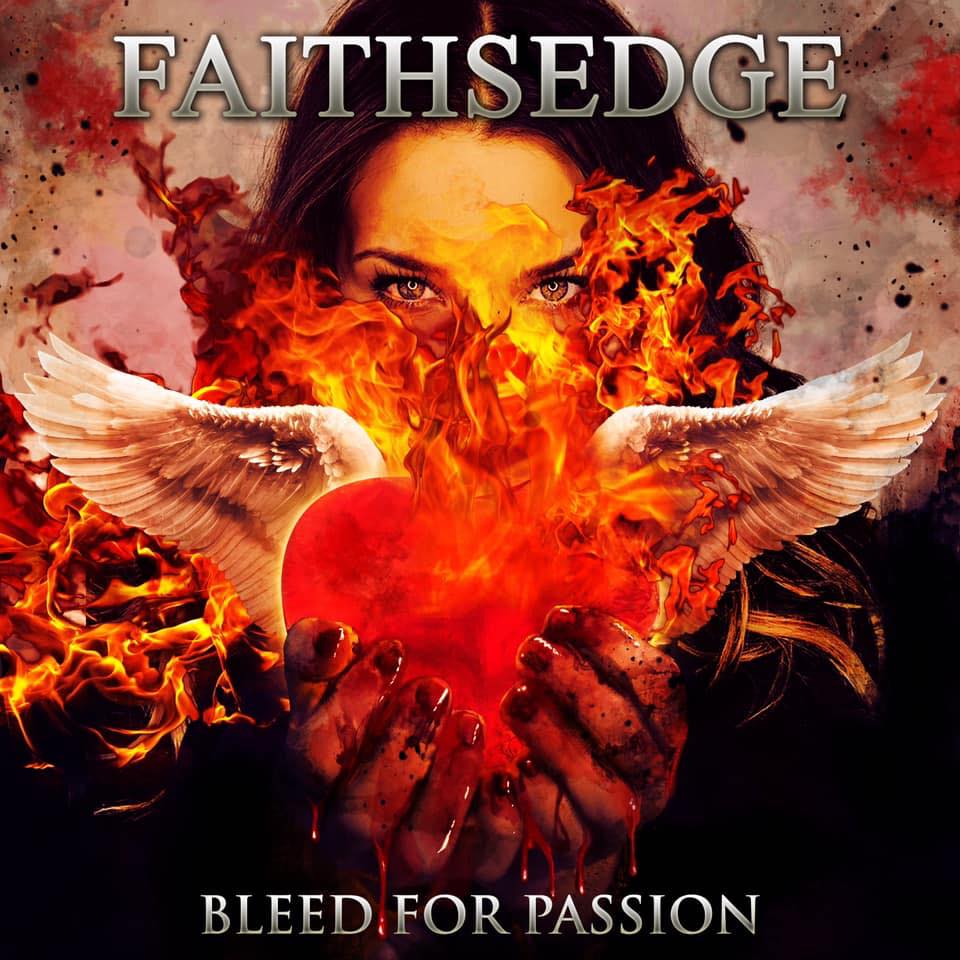 Giancarlo has been featured in multiple online interviews around the world and magazines promoting the past few years for the Faithsedge debut (2011) and follow up to that The Answer of Insanity (2014) and Restoration (2016). With the return of the band and new album Bleed for Passion Giancarlo once again has recruited some serious hard rock powerhouses to take his vision of melodic rock / metal music / progressive to the next level.

Returning on lead guitar is former Dokken guitarist Alex De Rosso who has toured the world with Dokken sharing the stage and touring with The Scorpions, Whitesnake, Ratt, and many others. Alex De Rosso also has multiple studio works recording guitars for artist like Joseph Williams (Toto), Kelly Hansen (Foreigner) and Pamela Moore also known as Sister Mary from Queensryche’s opus concept album Operation: Mindcrime. Alex continues to write and perform in Italy and also does production and songwriting at his studio “The Cube”.

Also returning to the Faithsedge line up is ex-Stryper bass player Tim Gaines. Tim has multiple gold and platinum credits under his belt and the success of Stryper continuing for over 30 years. The Stryper fan base is strong as ever, releasing recent Billboard charting albums as “No More Hell To Pay” and the newly released “Fallen”. Tim’s punch and arena rock style fits in perfectly to the Faithsedge style as can be heard on the record. Tim has played bass live for artists such as Richard Marx, Bryan Duncan’s Nehosoul , Aldo Nova and his own band with Stryper guitarist Oz Fox called Sin Dizzy.

Handling the drum work is Matt Starr. Matt has done numerous tours and recordings for KISS guitar legend Ace Frehley and performed on Ace Frehley’s billboard charting at # 9 album “Space Invader” and “Spaceman” album which Matt also contributed to the vocal work alongside his drumming skills. Matt plays with the melodic rock giants Mr.Big which he has toured the world with over the past few years and released “Defying Gravity” album .

Matt’s thunderous drumming aligned with Tim Gaines bass playing is taking the Faithsedge sound to the next level.
The new album Bleed for Passion is all about bringing back the sounds from the 80’s and early 90’s with big guitars and in your face production but keeping an up to date spin on the lyrics to whats going on in the world today . 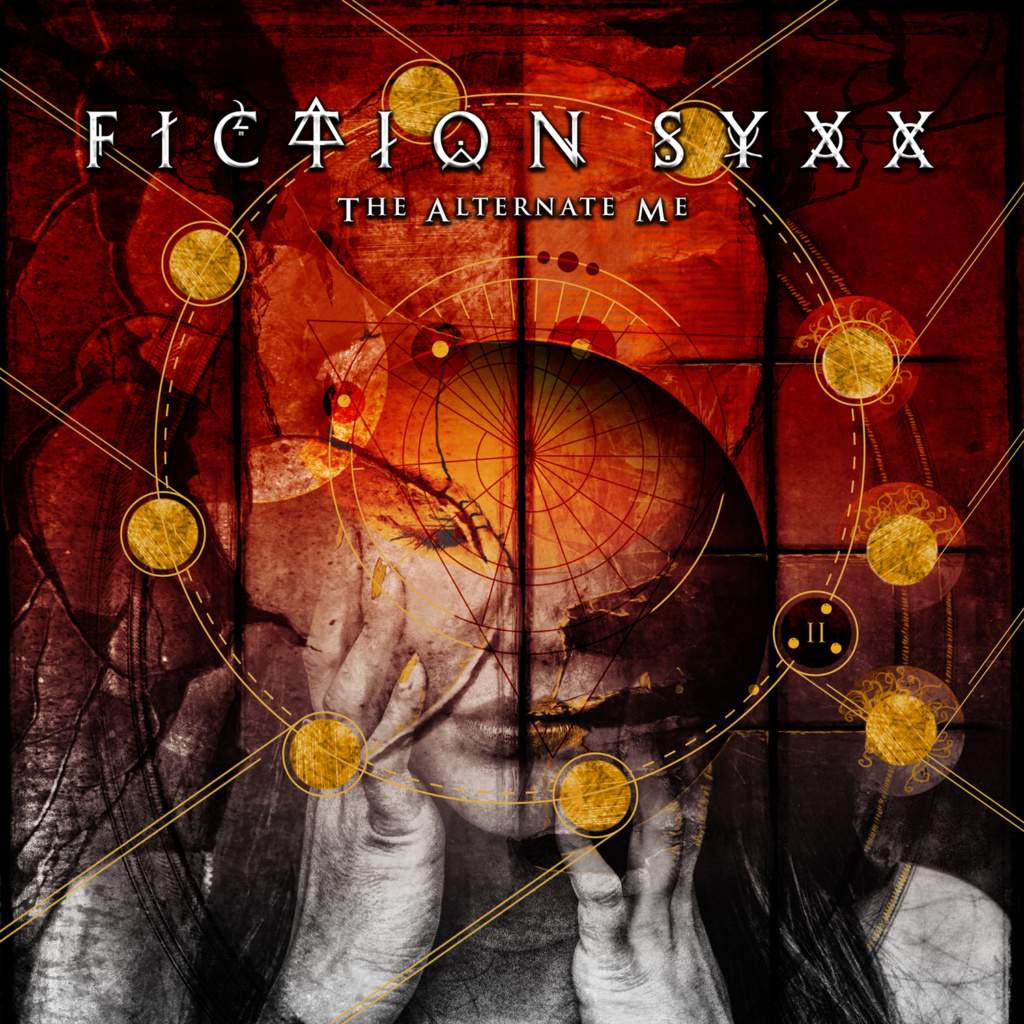 FICTION SYXX has completed work on their sophomore release, ‘The Alternate Me’!

FICTION SYXX mixes progressive hard rock with a nuance of melodic rock. The first release from this project was a way to bring a talented core of seasoned musicians together and to bring several guest artists and what came out of the effort is a solid 11 songs of progressive rock.

The line-up had one change for the new album – Larry Hart (King Kobra/Montrose) on bass guitar takes over for Tony “The Fretless Monster” Franklin. This release is focused more on the core than their debut release ‘Tall Dark Secrets’. There are no guest artists on this one and JK Northrup & Mark Lanoue share the lead guitar duties. Prepare for a mix of melody, harmony, soaring slide, and at times SHRED!

The new album picks up where the debut left off, but at the same time, dials everything up 3 notches. The musicianship, the complexities of the songs, the production and the hooks. All maximized for fan enjoyment.

FICTION SYXX, is the brain child of songwriter/vocalist/guitarist, Mark Allen Lanoue. But like all ideas, including musical ones, it is not just about the writing; it is about the delivery. So, after writing the first song called “Welcome to my Nightmare” for this new musical journey, Mark started talking with friend and multi-talented musician/songwriter/producer, JK Northrup (KING KOBRA, XYZ) about starting a project that would be framed around a core of members.
The album was Produced, Mixed and Mastered by JK Northrup at Alien Productions Music Studio, Carmichael CA, USA. 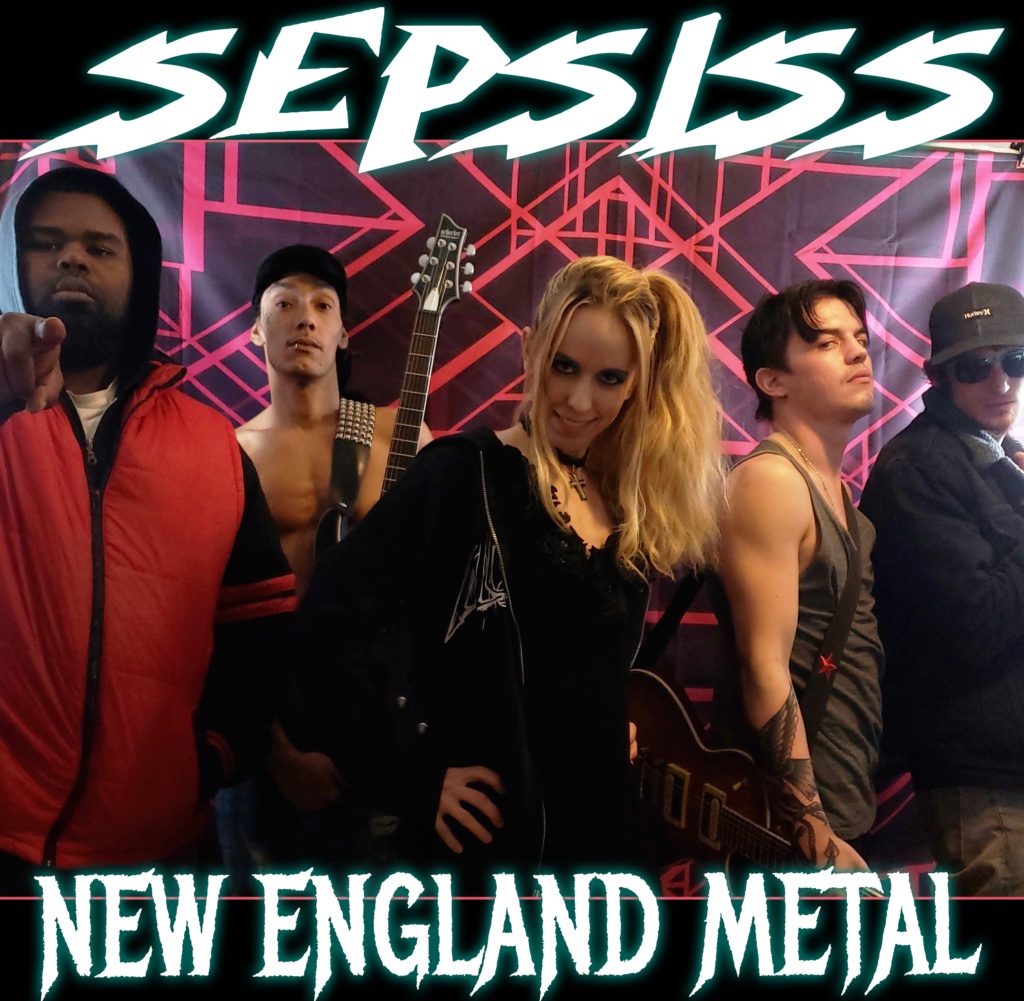